Fear of Rape: How Safe Is Our Women ? 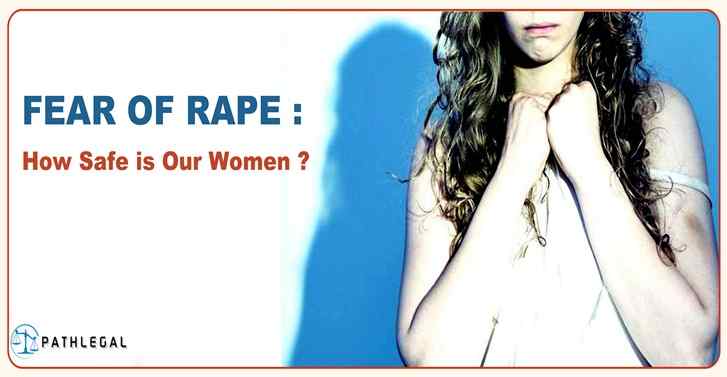 Fear of rape is the everlasting state of mind of women in this country; itâs habituated into us from the second we are born and itâs difficult to escape. I am always thinking about my safety, and you can say that for almost every woman in this country. Imagine where this state would be if that time could be put towards the progress of our country.

I live in fear of walking everywhere on my own, worrying who might be silently watching, or quietly following behind me. When I go to rest at nights, I fear my home being broken into, and what they might be seeing to steal from me. Taking a taxi alone has become a disturbance in itself, as my mind always reflects who this man is, where is taking me, and how I can escape from this taxi if I need to.

I am weighed down on a daily basis by both my fear and susceptibility, yet I know I am one of the lucky ones because I havenât been raped. Worried that our bodies remain to be symbolized and traded for pleasure.

I wonder what I would do- speak up as my heart tell me I should or self- control it inside, so I could one day live like it never even happened? Furious that rape remains to be used as a weapon against women, rooted in regions and cultures. And in an extraordinary temper that the world carries on to teach us as girls and women, how we can avoid ourselves from being raped, instead of teaching the men not to rape. This is the worldâs worst disease and we need to fix it before even more women are hurt.

I being a woman feel female foeticide was much better death for girls than being raped and killed with pain. A child is born with lots of dreams, but all her dreams are gone in a second which she never expected to happen. That is the moment she thinks âI should have died in my motherâs womb- it wonât have hurt this much.â

We should be taught to see everyone as true equals, in a world where men and women are made to balance one another; enjoying each otherâs strengths, instead of looking for any type of weakness to abuse. The women in every era have to fight for them to survive in this world. When will the time come where all the living beings are treated equally? But until then, I will permanently be a woman who breathes in fear of being raped.

Note:- We try our level best to avoid any kind of abusive content posted by users. Kindly report to us if you notice any, [email protected]